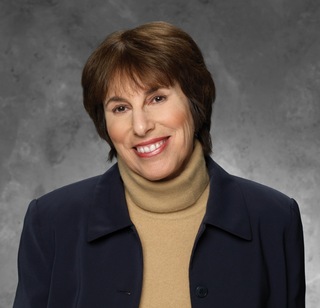 The idea that good writing is an inborn skill--or not--is probably the biggest roadblock to successful business communication. Maybe some great fiction writers are naturals, but most, like Hemingway, tell us that they never stop practicing the craft.

When it comes to business writing––everything from everyday emails to “big” documents like proposals and reports––practice also helps, I won’t kid you. But toss out the ideas that undermine Read More

Business Writing: Feeling blocked? 9 ways to unfreeze yourself and your message

“Writer’s block” is a convenient catch-all name for our reluctance to put things on paper, physically or virtually, when we need to. It’s not the sole province of fiction writers. Businesspeople too may feel stalled when they want to write a blog, produce a challenging proposal or solve a problem with the right email or letter. I find that many people fear the idea of writing on its own account.

Most cases of business-writer’s block can be treated by identifying the problem—and moving past it. See it as tough love for our communicating selves.

Here are 10 practical ways to unfreeze yourself to write successful business messages and documents. Try out one or more of the techniques that resonate with you.

1. Deepen your understanding. Most unclear and dull writing comes happens when the writer doesn’t understand the subject well enough. The act of writing reveals gaps in our knowledge and thinking. Contrary to what we see people all over the business world producing, it’s impossible to hide these lapses by using jargon, buzzwords and lots of adjectives. When you’re not ready to communicate something, your brain-scape may feel like a confused jungle of random thoughts. The solution: Pause to do your homework. That may mean research into the subject or organization, talking with someone who knows your subject well, or just taking some time to think through what you know and what you want to say.

2. Look for what’s important and/or interesting. Successful communication needs a focus, whatever the medium—a central idea, fact or recommendation. Once you identify that, all the rest falls into place either as supporting material, or not relevant to your cause and ready for discard. Suppose for example you’re writing a report to management (or a client) recommending a course of action. Start with that simple direct statement—the bottom line: “I recommend that we begin selling our products in X-Land next year.” Then list your various ideas and information that back up your premise. Shuffle the items around into a logical order and voila! You’ve got your message and sidestepped the organization problem.

3. Break a big challenge into small manageable units. The old outlining process they taught us in school works here. If you’re reporting on the possibility of doing business in X-Land, for example, make up a series of sections representing the information you must deliver to make your case. For example: why there’s a good market there for our product in X-Land; how the logistics will work; how the culture and politics relate to our interests; what competition we’ll face; how can we establish connections, etc. For big projects like this, I like to collect ideas and information over time into separate folders for each, literally, or on your computer. This gives you a big jumpstart so you don’t have to begin from scratch when it’s time to write.

4. Break a writing challenge into subheads. This works beautifully with blogs and articles. Write your preliminary headline, which should capsulize your main point. Then draft a set of subheads in a logical order. Then fill them out one at a time. That’s how I wrote this piece, though it’s presented with bold lead-ins rather than subheads. Notice how many magnetic blog posts have headlines like “Ten Ways to ….” Readers love this approach, and it’s one of the easiest ways to write.

5. Write it out, on paper, in longhand. There’s a reason the old blackboard system worked for a trillion students and teachers—watching the words being written was part of the learning experience. It gave students time to absorb and learn the point. Writing it out yourself is far more powerful. Neuroscientists have found that when children learn to write with paper and pencil rather than a keyboard, they learn much faster and deeper, especially with longhand rather than printing. The process activates different parts of the brain connected to memory and cognition. Writing on a computer bypasses this effect. Psychologists suspect that writing things out helps us think better: it forces us to figure out what’s important.

6. Talk it through. When reporters I know are stuck because a story hasn’t jelled for them, they tell someone else about it. In the telling, the heart of the story usually emerges and then they can write, enthusiastically, because they know what’s most interesting or useful to share. For them it’s all in the lede (journalism-ese for ‘lead’). Find the heart, and you’ll know what should follow.

7. Talk it out. Some people I know whose ideas routinely jumble when they write avoid that stumbling block by saying it instead. Software like Dragonspeak, and newer apps for mobile devices, give you this ability. You say what you want, the app converts it into writing, and then you review and edit. Typically you need to make the material more correct and somewhat more formal. The process is a skill in itself but really works for some people. A psychotherapist I know wrote her website this way because she wants to come across as warm, accessible and informal. Fact is, people have been communicating orally for a few millennia before writing was invented—so we’re better at it. We’ve had more practice.

8. Allocate a time for writing and sit it out, even if you’re not productive at first. Many professional writers do this. For example, a writer might set aside two hours in the morning and sit it out, even if only a few sentences emerge, or nothing at all on a given day. It usually works in the end. I often use a variant of this method: When I’m feeling uninspired but need to write something that motivates or persuades, I’ll churn it out in a matter-of-fact way and go back when I’m feeling more upbeat. With the basics in place, it’s easy to then spice up the language, improve the flow and generally energize the piece.

9. Use my universal planning method. Based on how professional communicators think, this is a step-by-step structure for figuring out your content and polishing it. It’s completely demonstrated in my books (choose the one that appeals to you), but here’s a mini-version. One, think through all your goals for the message: exactly what you want to happen as a result of the person reading it. This includes not just an immediate goal, like “I want him to choose me as a supplier”—but “softer” goals like being perceived as reliable, and building a long-term relationship. Two, think about your audience in depth: who they are, their self-interest, concerns, decision making style, etc. Three, brainstorm what to say to this particular reader to get what you want. Then, figure out your bottom-line lead….draft the message…close with ‘the ask’…revise.

You must always edit, however you produce the first draft, because most educated people consistently write in an overly dense and complicated way first time around. So in the editing stage, focus on simplifying the language, structure and style. Aim for utmost clarity. Try always to engage with great content, not with wordy convoluted or vague writing that veils meaning rather than making your idea shine.

If you find this post helpful, check out my books for a load of practical, easy-to-use strategies that help you get your message across.

Will you try out one of these ways to defeat writing block—or did you already use one? Let me know how it works!

Or do you have a different technique to unfreeze your message making? Share it here!
Read More